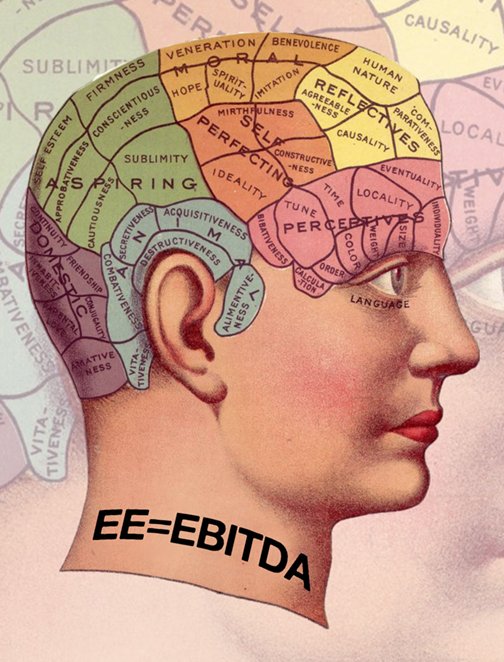 EE = EBITDA is an obscure but interesting formula that, once I came to understand it, I realized uncovers an exciting new source of increased profits that any business can realize.

The “blow up” of this formula is:

Before going any further I want to say that Employee Engagement (EE) is certainly not the only factor that impacts EBITDA but it does have a significant impact on your bottom line. It just also happens to be one of the easiest ways to increase profitability you will ever come across.

Because, of all the ways to increase profits such as increasing prices; decreasing costs and generating more sales increasing your levels of EE is almost completely within your control. This is because EE is largely determined by the leadership culture of your organization. And you get to control that. 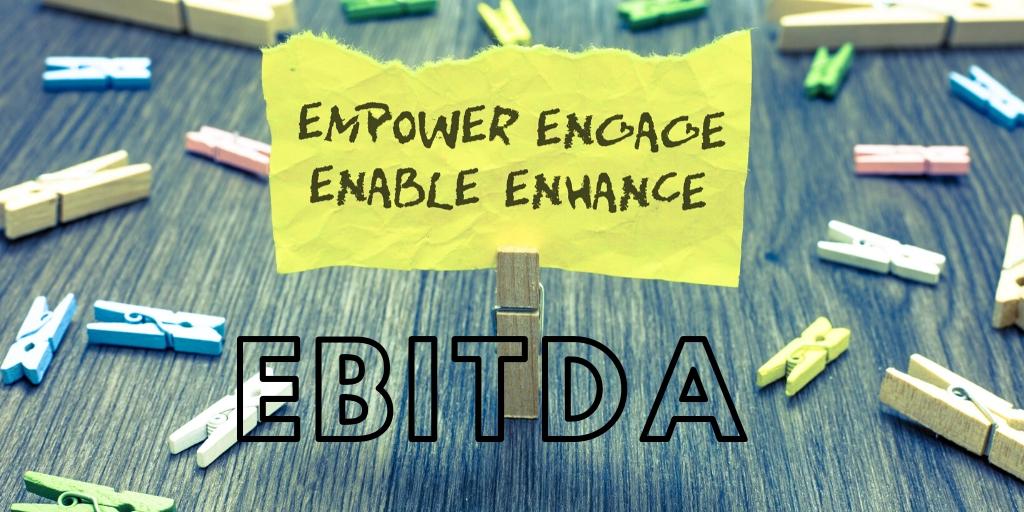 In fact, a recent Melcrum Employment Engagement Survey of over 1600 HR professionals found that “The actions of senior leaders and direct managers are the most important drivers of employee engagement by a factor of between 400% and 700%.

So not only is this “silent profit driver” largely in your control but the financial impact of increasing the levels of EE in your organization is undeniably real.

In fact, I doubt you could find a single CEO of a Fortune 500 company who even questions whether increasing EE increases EBITDA.

The Numbers behind the Science:

In an effort to be as informative as possible as quickly as possible let me get right to the math.

A recent study done by the Gallup Group in October of 2011 involving thousands of participants revealed that, on average, 71% of people are “disengaged” from their work. Within this group, 55% are considered “not engaged”. These people do their jobs but not much more. The other 16% are considered “actively disengaged”. These are people who are actually working against the best interests of the organization.

This leaves only 29% of the workforce who are considered “highly engaged”. These are the ones who put in extra time; think about their jobs during off hours and are energized. They are the ones who generate the most per capita profit.

This means that 7 out of 10 people in organizations are not engaged in their work. Imagine the lost productivity and profits that represents! And in today’s economy, this can spell death to an organization.

Let's look at how the level of EE in your organization affects your profitability.

The following EE vs Productivity numbers are generally accepted throughout the industry, give or take a few percentage points:

When you combine Employee Engagement and the productivity numbers the impact on profits becomes clear:

In the below video I talk more about this and you can see visually how engagement affect the numbers in a business!

The Big Difference of a Small Adjustment

Now let's look at the impact to your bottom line that will occur if you simply increase the highly engaged numbers by only 5% and decrease the actively disengaged numbers by the same amount. And if your company is like most, and if you decide to make EE a priority in your organization, moving your EE numbers 5% in this fashion is not unrealistic at all.

WARNING: These numbers are almost unbelievable!

This represents a $50,000 improvement in the “payment vs. performance” gap in only one year! 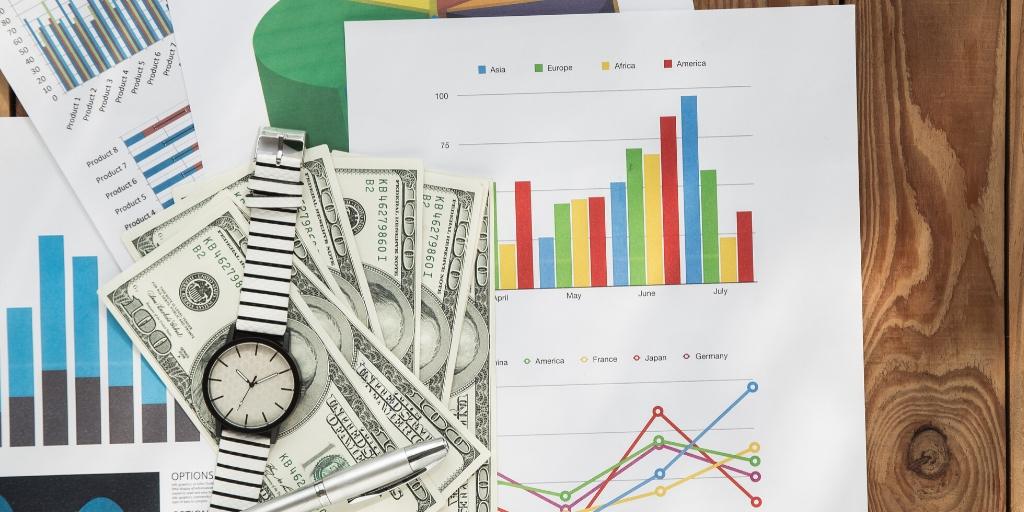 What is also important to realize is that as long as you keep your management teams fine-tuned and your culture healthy this $50,000.00 continues to flow to the bottom line year after year. Imagine the impact on your Retained Earnings and the value of your business that this will have in just a few short years.

All of a sudden investing in developing solid management teams with excellent leadership skills becomes one of the most important and easy ways to drive significant profits right to your bottom line.

If you are like I was when I first started looking at these figures, your initial thinking may be that they can’t be right. But I can tell you that study after study from organizations ranging from the Harvard Business School to the McKinsey Group prove them out.

So while we have all been trained to increase profits by cutting costs; capturing more clients and negotiating for
higher prices few of us have been taught how to activate one of the most significant profit drivers available to us: increased Employee Engagement.

And at a time when profits are very tight, competition is tough and the market is demanding it should be very comforting to realize that with just a few internal adjustments you can uncover a source of profits that will not only increase your bottom line but will also increase company morale.

During economic times such as these, understanding the EE=EBITDA formula can be a real lifesaver.

Be sure to purchase my Leadership Book on Amazon today or continue to browse my blog to learn more!