Eeyore and Yoda Walk into a Bar 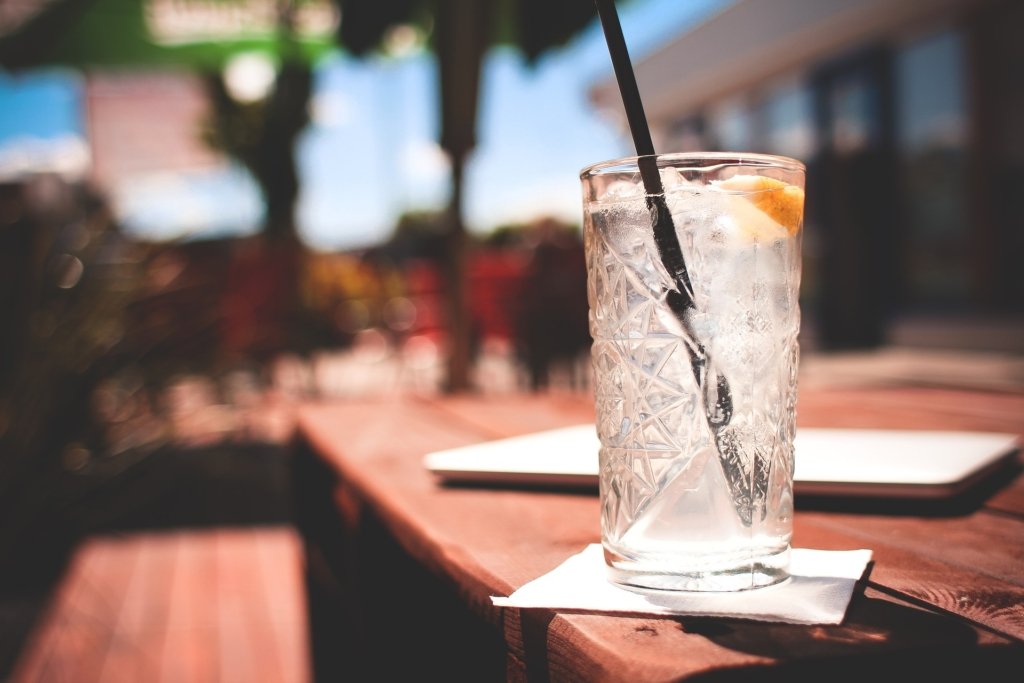 “Listening is the Language of Respect”

So, Eeyore and his master, Yoda walk into a bar. They order a few drinks are talking about their ex-wives and Yoda’s persistent rashes. Eventually the discussion turns to business. Eeyore is stressed because the people he is trying to manage don’t listen to him. Eeyore is just about at his wit's end and explains his saga to Yoda.

He laments that he tells his staff what he needs and when, but they don’t respond. He asks them for their input on how to solve problems and hears “crickets” in response. Then, he tries to hold them accountable but it feels like no one willingly does anything without being told. He has started to apply more pressure but it feels like he is “pushing a rope” or trying to sweep water uphill. Nothing is improving. In fact, in response to his pressure, they are either pushing back or going passive-aggressive on him.

Eeyore is even starting to feel like his employees don’t like him and as a result, he is starting to not like them either. Things are bad. He knows he is at the beginning of a very nasty and dangerous downward spiral and when people who have to work together begin not liking one another the only thing being managed are stress headaches.

It has gotten to the point where Eeyore is about to start firing people out of frustration but he can’t a!ord to lose the institutional knowledge of his workforce. He also can’t risk missing a beat with his customers out of fear of losing them to his competitors who are already aggressively trying to steal them in an attempt to survive in this economy.

So, if he stays nice, no one listens to him. If he pressures them they do what they have to do while he is around but stop as soon as he isn’t. But if he starts firing people morale will go down, people will get angry and production and quality suffer.

All of which means he will have to work harder in all phases of his company at a time when he is just about tapped out. Its no wonder Eeyore is worn out. After listening intently as only a great master can Yoda speaks: “Never listen you have. Never listen you will. No listening means no connection. No connection means no work.”

“Oh great!” thinks Eeyore. “I need help and now I have to spend the next 2 hours trying to figure out what the heck this guy just said. If I wanted this experience I would have stayed married!” But always the committed student he regains his composure as best he can and asks: “What are you talking about? I hear every word these people say!!” 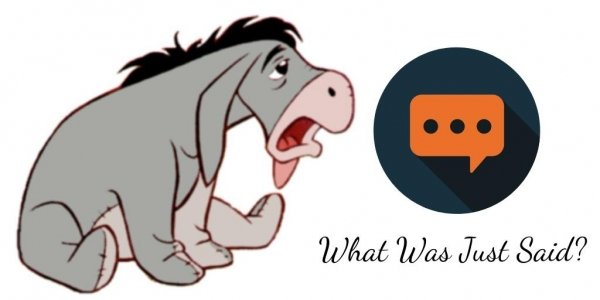 Hearing Is Not Listening

Eeyore’s frustration was growing because at first he was only exhausted, but now he is exasperated. Its bad enough his people are wearing him out, but his mentor is this little green warty dude who mumbles and refuses to speak in normal sentences. With his patience already wearing thin, he has to deal with “Mr. Wizard” talking in riddles just to get an answer.

“If no connection to you have they, then only hearing you will get. Hearing inspires others not. Only listening untangles your knot.” Eeyore was still unclear as to what was being said but he instinctively knew his master was on to something. “Tell me more oh little warty rashy one.” Eeyore requested. To which Yoda responded: “If you flatter them as you flatter me I can see why from you they flee.” After apologizing for his sarcasm Eeyore asked his mentor to continue. Which he did.

“Hearing is done with the ear, listening with the heart. Ear only connects to head yet your heart connects to them. Then people follow your heart with their heart and their head and hands will follow.” “So then how do I go from hearing to really listening?” asked Eeyore. “But before you answer that, may I please ask a favor of you?” inquired Eeyore. “Ask anything about anything at any time.” responded Yoda. “It is always my choice to respond or to not.” 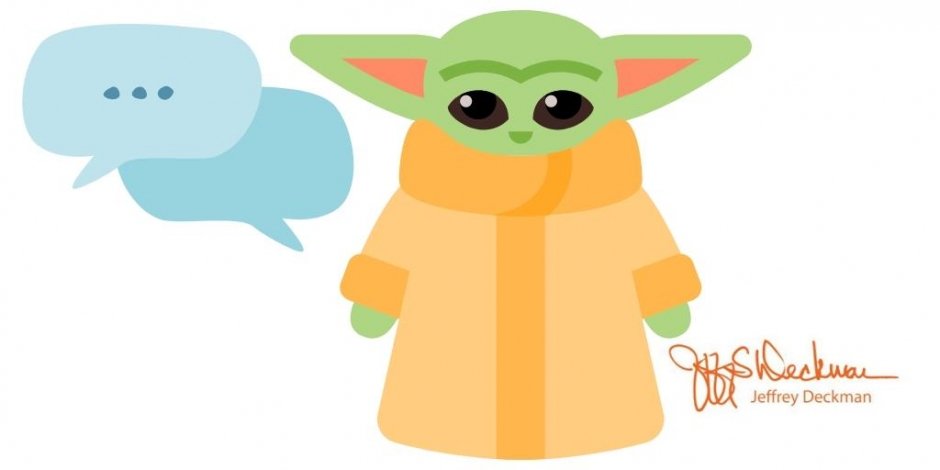 “OK, could you please quit talking in riddles? I know you like making statements that cause me to find my own answers within the riddle so that my understanding is deeper. But yer killin’ me dude.” Yoda sat silent for a moment looking at his friend. “Help me understand why that is important to you, Eeyore.”

“Well because I’m really too tired to sort through the pile to get what the heck you are talking about. I am frustrated and concerned and I just don’t know how to help everyone to perform better and to be happier at work. I want to create an environment here that is such that when people go home they want to pet the dog instead of kicking it; and to have the energy to play with their children and connect with their spouses instead of feeling frustrated and exhaused, much like I do right now.” Yoda leaned forward a bit and looked directly into Eeyore’s eyes.

Yoda knew that listening began with connecting and connecting starts with the eye’s, not the ears. Speaking in clear terms Yoda said: “That troubles you doesn’t it Eeyore? It troubles you that what is happening at your o!ce is not only damaging to the company but that it is being carried home by your people and is a"ecting their families. Isn’t that so?”

“Yes, that is so.” stated Eeyore. Eeyore began to relax. Yoda just proved to Eeyore that he understood him. Eeyore also began to realize that he was being listened to. Not only was Yoda hearing him, but he was actually listening to him. And he could literally feel the di!erence. “Tell me more Eeyore. Help me to understand a bit more of what you are struggling with. I’m curious about what you see?”

Yoda also knew that listening is about being truly curious about what the other person has to say. With that Eeyore’s sense of helplessness began to fade. He felt a sense of connection to the little troll, who he always saw as his master, but now he really saw him as his friend. He felt heard. Now, he felt respected. He felt understood. And in that moment he began to feel confident that somehow everything would be alright. He no longer felt alone with his problem.

Dilemma Without Fear or Frustration

Over the next hour Eeyore was able to clearly explain his dilemma without the emotions that accompany frustration and fear. All the while Yoda was asking clear questions out of curiosity and interest and was answering in a way that was easy for Eeyore to understand. As a result, ideas were generated, solutions devised and a real sense of optimism arose.

Eeyore was beginning to experience the difference between being “heard” and being “listened” to. And his master, with all his wisdom, was teaching him not by simply explaining but by giving him the opportunity to actually experience what was being explained. The e"ciency of Yoda’s teaching was impressive. 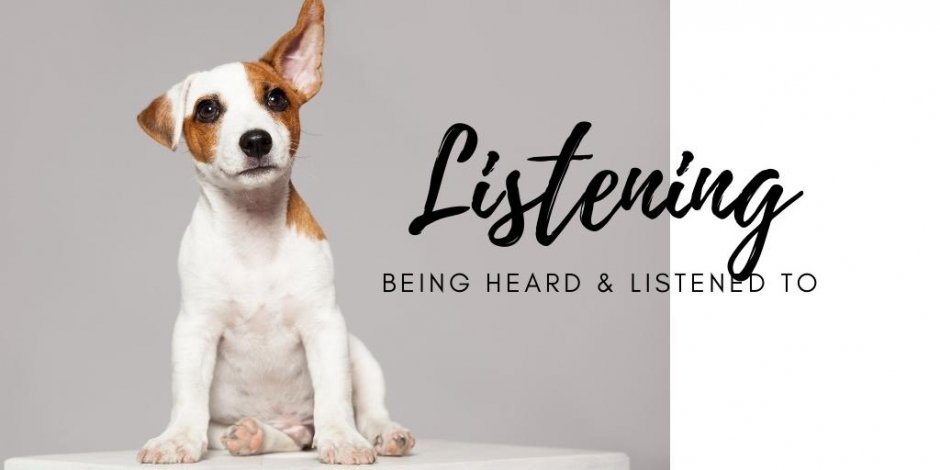 Then Eeyore realized that through Yoda’s asking questions he was able to devise his own solutions. Yoda was actually using the act of asking insightful questions, and then listening, as both teaching tool and a highly effective way to help Eeyore solve his problems.

How Can I Help You?

At this point Yoda asked one simple question:“How can I help you more Eeyore?” Eeyore was moved. He clearly saw how the master always made everything about the student. While Yoda certainly had many answers for his student he was not about to speak them. The wise one knew that the teacher’s answers are not nearly as important to the student as are the teacher’s questions and that the best answers are the ones we find on our own.

In response to Yoda’s question Eeyore replied: “You already have helped. What I learned from you today will not only transform my company but it is already transforming me. So, thank you.

“You have helped me, my company, my employees and our families as well. Heck, I even think that since I won’t be kicking my dog when I get home anymore, he will become your biggest fan! “In fact,” Eeyore asked, “is there anything I can do to help you in return?”

How Others Will Be Lead

“Well, as a matter of fact there is.” Responded the great master. “My arms are far too short to reach some of the places I itch. Would you mind?” While that skeeved Eeyore a bit he decided that it was a small price to pay for such a gift of understanding from his friend. “Sure, Yoda, I’ll be happy to help you out.” Eeyore said. “But can we do it outside? I don’t want people to talk.” On the way outside Yoda could be heard telling his friend, “When people get that you get them they will let you lead you them where you need them.”

Want to learn more? Contact me or book some time with me for a free consultation!