The Source of Our Inner Critic 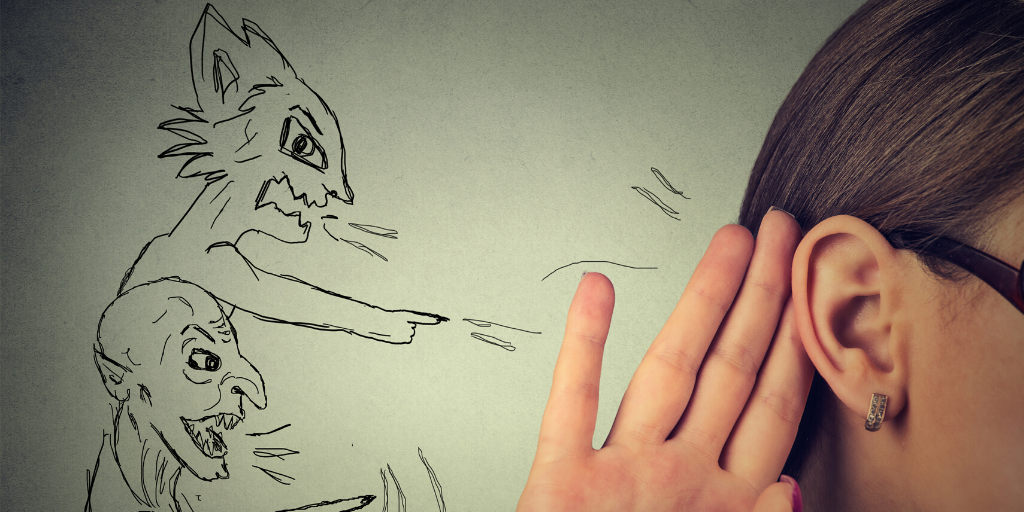 Recently I wrote about the inner voices that speak to us, opine to us and drive our actions. After thinking more about those voices I started to think more deeply about one in particular. It is the one that I call the "Inner Critic."

You know the one: Nag, nag, nag, compare and contrast, criticism without compliment and is never satisfied, let alone actually be happy.

If you are like me you are all to familiar with it's tone, its message and the impact it can have on self esteem. It can be quite brutal. And it can go on and on and on spewing the same script about all the things that we have done and are doing "wrong" to the point of convincing us that there is actually something wrong with us that isn't wrong with other people.

Mine tries to tell me I am the only "dented can" in the entire supermarket. And it can quite convincing. To the point that, if I am not careful, I can actually begin to belief it's lies.

And they are lies because the bottom line is that there isn't anything wrong with us. We just have our own unique set of issues and imperfections that are just simply part of being a human being. Sure there are some folks who are psychopaths but chances are you are NOT one of them. So at least we have that going for us.

I started to wonder where that voice comes from and what is its true purpose. The fact that everyone has an inner critic, to one degree or another, means it is the psychological make-up of the human species. So that means it has a role in our survival. Otherwise, nature would have eliminated it.

I started pondering. "What possible good could that voice, which is such a limiting and negative force in our lives, be intended to do for us instead of what it often seems to be doing to us?" Why, as creatures who are hardwired to survive have something that seems to be hardwired to break us down?

After some thought, some contemplation and some research this is what I came up. And while surely not a complete answer I believe it has merit and is something we can all work with.

The Source of the Inner Critic

As humans we are programmed to learn, to grow and to adapt in order to survive. Therefore, being creative, inventive and innovative is in our DNA. It is deeply embedded in our psyche.

Without that programming we would not be moved to learn to what we had to learn in order for one of the physically weakest and ill adapted creatures to live in the elements to not only work our way to the top of the food chain but to also become the most industrious of all creatures in the food chain.

That programming is part of our survival instinct. So it is not going away.

One of the ways that survival programming manifests in us is in both conscious and subconscious thinking that tell us we need to grow and develop. These thoughts are quite persistent and insistent because without the drive to constantly evolve we would have perished long ago.

Here is Where it Starts to go Wrong

Now, in addition to the motivating voice we have yet another part of us that is designed to keep us alive. That is our strong sense of fear. Fear, like the motivating voice, is healthy but they both have to be kept in balance and not allowed to dominate the conversation.

Otherwise fear paralyzes us instead of mobilizing us and the motivating voice actually serves to demotivate and demoralize us.

So it is very important that both of these useful attributes not be left "unsupervised". This is for two reasons. The first is that they oppress us, thereby making us weaker and more vulnerable. The second is that, those two factors very naturally form a partnership which can grow out of control and take over our mindsets like a paralyzing virus.

This is when the motivating voice mutates into the "inner critic."

So what happens is that the mobilizing voice is activated by fear. It then gets nervous, because fear is always whispering Chicken Little-like messages with increasing urgency, frequency and volume. Eventually, wanting to shut the damn chicken up, it starts to get agitated and aggravated and a bit tempermental.

But as humans we can only go so fast. So, what does the motivating force do? It breaks out the whip.

Say "Hello" to the inner critic.

OK So Now What?

Every clinical psychologist will tell you that getting our inner voices under control is one of the biggest challenges we face. But it is also one of the most important ones we face.

While I can't tell you how to deal with your inner critic I can tell you a bit about how i began domesticating mine.

At the end of the day our inner critic is just a healthy part of us that has mutated and has gotten too big for its britches. It can be condescending, arrogant, and even often hurtful. But its intentions are basically good. It is just out of control.

The good news is that voice is NOT YOU. YOU are something much bigger and more powerful than that.

For me, the key to domesticating my inner critic is to counter it by calling forth my Inner Elder's and asking for Its opinion. The the more you purposefully engage your Inner Elder the more you will begin to hear how strong and powerful It is; how accessible It is and, in reality, how much more powerful It (aka YOU) is than that dang nagging inner critic could ever hope to be.

When you begin reigning that rascal in you will begin to feel more peace, more confidence and more joy as you finally realize that you are just fine the way you are. A magnificent work in progress who is doing the best they can the best way they know how.

And if that isn't good enough for anyone, even the inner critic, then that is just too bad.

"I am what I am because this one is like that"

For more of this type of thinking and healing read my new Amazon Best Selling Book:

"Developing the Conscious Leadership Mindset for the 21st Century*"

*Winner Silver and Bronze Medal for Best Business and Best E-Book from the International Business Awards.

Sign up now for your FREE 3-week trial of Jeffrey’s Conscious Leadership in Action self-study program!

Based upon the national and international award-winning book: Developing the Conscious Leadership Mindset for the 21st Century. This program guides you through a deep journey of self-discovery and personal development that transforms your impact as a leader.