Three Forms of Excellence Leaders Must Recognize and Mobilize for Success

Of all the human experiences we get to have, being in the presence of, or achieving, excellence in its true form, is one of the most inspiring of all.

As leaders, we have the responsibility to and are paid to, recognize, promote, and achieve excellence, both in ourselves and in others.

To that end we create countless mission statements and corporate communications that promise to deliver it; state our dedication to it and call forth all employees to exemplify it. Then we set out to achieve it.

But we have a problem. No one can definitively define "excellence".

The word is subjective and relative. Yet when you witness or achieve it, it becomes palpable. It has substance and meaning. It moves people to action. It is as real as it is nebulous.

So, as a leader of the modern workforce, we find ourselves in a perplexing conundrum. We have to achieve something we can't clearly define and we have to inspire people to aspire to and rise to this mystical level of achievement.

Now, I am not promising to define the undefinable in this article. But I have identified some of the places where excellence resides. And since we know it when we see it, knowing where to look for it increases our chances of finding and fostering it. 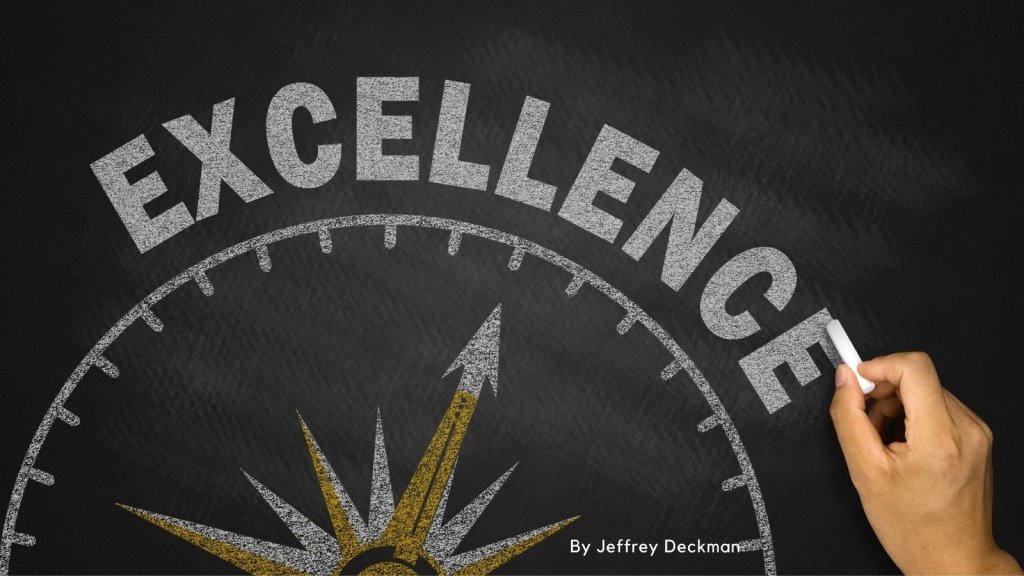 Excellence is an Opinion

One way to describe excellence is that it is simply an opinion about a level of achievement that an individual or a group has agreed is so superior to the norm that it is deserving of special acknowledgment.

It could be argued that there are three basic types of excellence:

Internal Excellence speaks to those accomplishments that require a person to face and overcome challenges that require them to demonstrate significant levels of personal discipline, success and/or growth. The impact of which often serves to redefine themselves to themselves and, depending upon the circumstances, it may redefine how others see them as well. But not always.

Because they it is personal in nature, internal excellence must be graded on a scale based upon the individual’s starting point, ending point and the level of personal achievement or growth experienced along the way.

Because of the fact that these achievements are “internal” they may not be visible to those on the "outside". So the person in question might stretch themselves and overcome significant challenges, thereby achieving excellence, yet they can go unrecognized. So it is often up to the individual to acknowledge themselves and their growth as they are the only ones who truly see it.

But this is difficult too. While we are often our biggest critics we are rarely our biggest cheerleaders. This creates a paradox because, while this type of excellence is very personal, it is not always visible to the person achieving it. I am reminded of the saying that states: "It is difficult to read the label from the inside of the bottle."

As a result this form of excellence may often go unacknowledged which means many of the external catalysts that drive people to succeed, such as recognition, compliments and promotions, are not present. As a result striving for internal excellence requires the most self-discipline and emotional maturity.

This is why it is important that, as a leader, you know each of your team well enough to see and then acknowledge when someone has achieved a personal stretch goal. Even it it doesn't qualify as as excellence in comparison with the group or of past metrics achieved. Doing so inspires them to seek to achieve excellence more often, which benefits everyone involved.

External Excellence refers to accomplishments that are less about personal transformation and more about using and leveraging one’s capabilities and resources to achieve goals defined as being excellent and which metrics have been established and are known. Think of world records in sports, company sales, production and profit records in business, etc.

As a result, external excellence is more easily seen and are more acknowledged by others. This serves to inspire people to achieve it more often.

This is not meant to diminish the importance or value of this form of excellence. It is simply to sound a warning bell for those fortunate enough to lead highly talented individuals because they may over compliment and under-challenge that individual. This then results in the potential of a higher level of excellence from the individual being untapped.

Therefore, if we, as leaders, over-acknowledge external excellence that does not require internal excellence it is possible to actually stifle the personal growth of the individual in question. 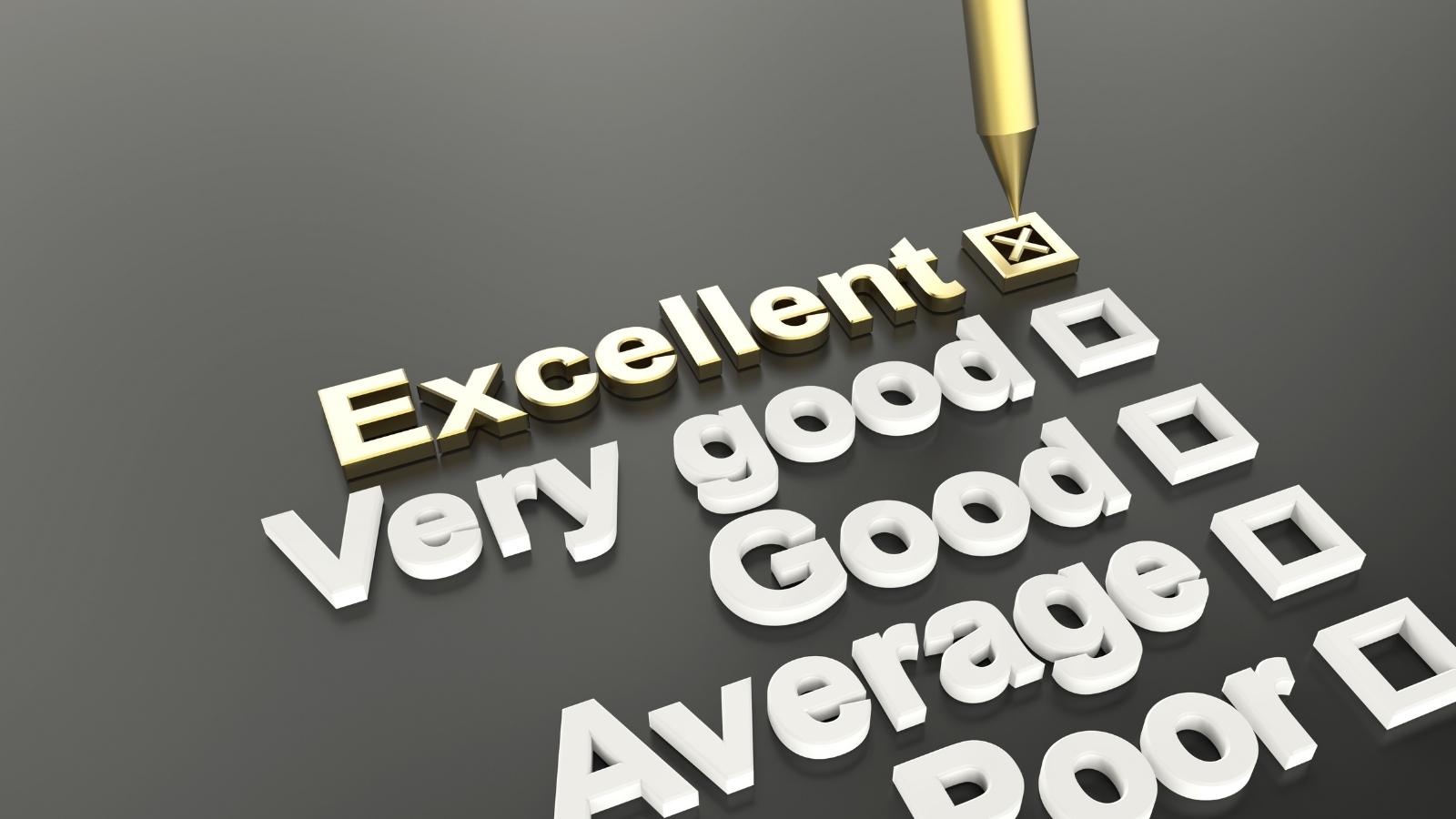 Take for instance the natural athlete or the musical prodigy whose starting point may be defined as “excellent” to others but which really represents a small percentage of what they are truly capable of achieving if challenged and pushed.

An example of a leader who was challenged in this area and succeeded would be Michael Phelps' coach: Bob Bowman.

Conditions Based Excellence takes the internal and external achievements into account, then factors in “conditions” as part of the formula that determines whether or not excellence has been achieved.

Think of it as grading on a curve that measures the individuals' performance relative to the conditions in which they had to operate. We routinely acknowledge Conditions Based Excellence when using phrases like: “Well under the circumstances she/he did amazingly well.”

As an example, someone swimming 100 yards may not represent either an internal or external form of excellence, however, if the person did it with two broken arms in a riptide, such an accomplishment would be viewed as “beyond excellent!”

The opposite could be true as well. It is possible that conditions become so favorable that what once would be considered a great accomplishment can suddenly become a “can’t miss.” In those circumstances, it would not be proper to treat such an accomplishment as an example of excellence. This is why they do not acknowledge some Olympic records because there was too much wind at the sprinters back.

Or take for instance, a generally agreed-upon level of excellence might be for a young person of modest means to have $100,000.00 in the bank before the age of twenty. However, if that level of savings was all that was left from a $200 million PowerBall lottery that he won when he was eighteen, all of a sudden that accomplishment is not so excellent. In fact, that "achievement" would be viewed as a dismal failure!

Conclusion of Three Forms of Excellence Leaders Must Recognize:

The point of all of this is that in order for us, as leaders, to accurately acknowledge and reward excellence we must become very familiar with the individual(s) we are leading and the conditions under which they are working.

We must commit to being a steward of and a torchbearer for preserving and protecting the essence of what "excellence" truly is for you and your team.

When you do this well, the organization fortunate enough to have you in its ranks both prospers and profits. So do you, both personally and professionally.

Just imagine the satisfaction Bob Bowman felt when he led Michael Phelps to a level of excellence the Olympic world had never before witnessed.

All because they mastered all 3 phases of excellence.

PreviousPrevious post:Leadership is an Inside Job thus Don’t Rely on Others to Lead You Again
NextNext post:Win Challenging Conversations with The Most Challenging Types of Employees

Join the discussion and tell us your opinion.